From Philosophy to the Vines

his family took root in the Bordeaux area at the beginning of the XXth Century. In 1920, Nicolas’ grandfather Georges Thienpont purchased Chateau Troplong-Mondot in Saint-Emilion (sold in 1935) and then three years later Vieux Château Certan, a jewel of Pomerol. 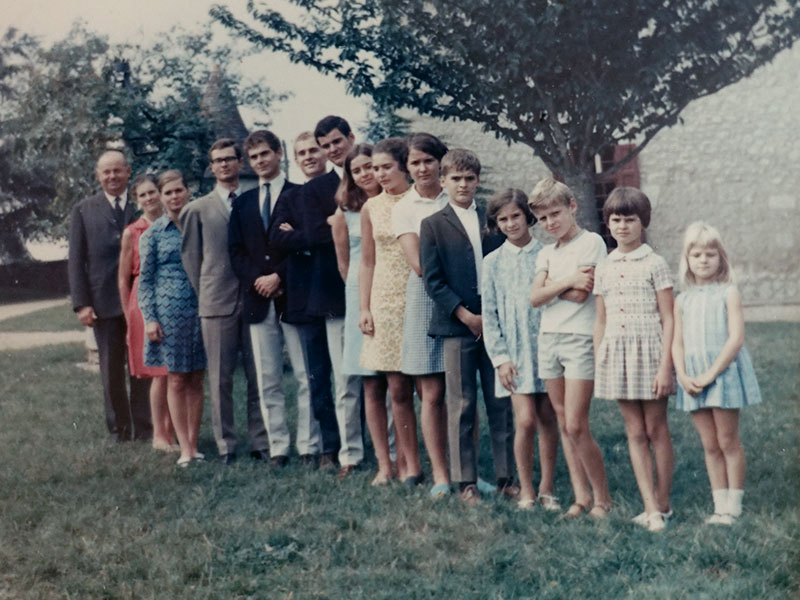 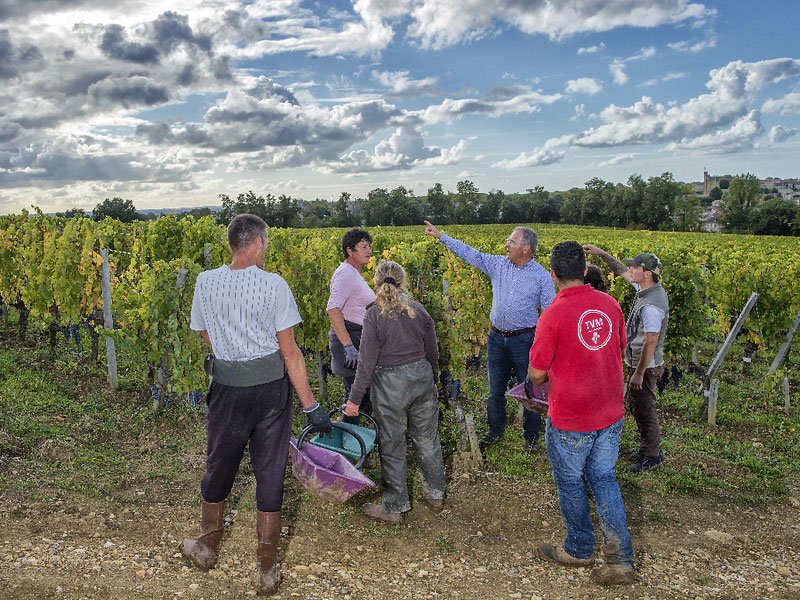 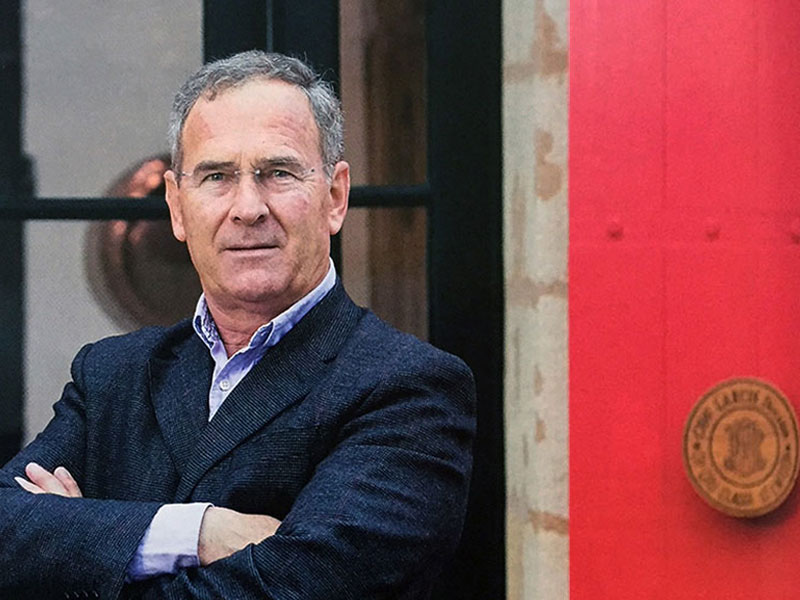 Nicolas had not intended to become a winegrower. He spent his childhood at Puygueraud, having attended a Jesuit boarding school, he then pursued his higher education in law and philosophy where he developed a passion for Socrates, Plato and Aristotle. He taught philosophy in Reims for one year before joining a boilermaking company in Marseilles/Aix-en-Provence, where he was Social Affairs Manager for 5 years. The beckoning of the vines would divert him from this career trajectory.

In the 1980’s, he took over the helm of Château Puygueraud, a property that was acquired by his parents in 1946, located on the small Bordeaux appellation of Côtes-de-Francs. In less than a decade he received market recognition and participated in bringing the spotlight on this otherwise unknown appellation.

Self-made vigneron, his sensitive approach to viticulture, based on an intimate comprehension of the terroirs, is particularly appreciated. The proprietors of Grand Cru’s often solicit his knowledge and competence to provide a new impulse to their vineyards.

In 1994, he assumed the role of Director of Chateau Pavie Macquin upon request of the Corre-Macquin family.  His arrival did not go unnoticed: The wines gained in quality, insomuch as Pavie Macquin was promoted to Premier Grand Cru Classé status in 2006 and once again in 2012.

The Gratiot-Alphandéry family solicited him to assure the stewardship of the Chateau and to harness the exceptional potential of this vineyard. The Classification of Saint-Emilion rewarded his efforts in 2012:  Larcis Ducasse became a Premier Grand Cru Classé.
<img class=”aligncenter size-full wp-image-10185″ src=”https://www.nicolas-thienpont.com/wp-content/uploads/2014/12/chateau.jpg” alt=”” width=”1108″ height=”44″ />

The Gratiot-Alphandéry family solicited him to assure the stewardship of the Chateau and to harness the exceptional potential of this vineyard. The Classification of Saint-Emilion rewarded his efforts in 2012:  Larcis Ducasse became a Premier Grand Cru Classé.

In 2008, Philippe Cuvelier, owner of Clos Fourtet proposed to him the co-management of Château Poujeaux that the former had just acquired in Moulis-en-Medoc. A five-year collaboration that would allow the wine to take center stage thanks to a heightened production and a better distribution of its wines.

In 2008, Nicolas took over the reins of Chateau Berliquet upon the request of Patrick de Lesquen and confidently conferred the responsibility of Technical Director to his eldest son Cyrille.  Vintage after vintage, the wine gained in finesse and complexity.  At the end of 2017, the property was acquired by Chateau Canon, which thereafter assumed its management.

The Beauséjour Duffau-Lagarrosse Heirs would call upon his experience to conduct the necessary vineyard progressions and to bring the quality of the wine to the highest level. The superb limestone quarries were converted and equipped to store the barrels. Robert Parker awarded 100 points to the 2009 and 2010 vintages.

Here you find a lovely range of Grand Crus that allow Nicolas Thienpont to “stroll” with pleasure over an impressive panoply of Right-Bank terroirs.